Teradata Sues SAP – Implications for SAP and Its Customers 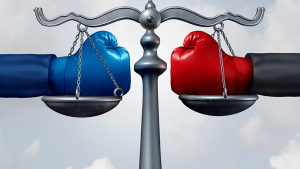 On June 21st 2018, ERP software vendor, SAP, claims to have been blindsided with a lawsuit by big data vendor, Teradata.  The lawsuit claims SAP inappropriately used trade secrets and is using unlawful means to monopolize the data warehouse market.  Teradata is seeking to halt SAP from using these trade secrets in its products and is seeking damages for lost profits.

In this blog we will examine the charges in this lawsuit, how we believe SAP will need to respond to the market and the lawsuit, and our view of how this suit will likely benefit SAP’s customers.

Teradata makes claim in a lawsuit filed in Northern California District Court that SAP has significantly harmed Teradata by:

Teradata claims that current SAP clients have no choice now but to bundle these products together if they wish to upgrade to a newer version of SAP, which they will be forced to do by 2025.  Teradata also claims that SAP is restricting Teradata’s ability to access SAP’s ERP derived log data which is an enabler of Teradata’s SAP integration methods.

Teradata is seeking significant damages related to these claims including:

These types of lawsuits typically take a long time to make its way through the courts.  In 2007, Oracle sued SAP for copyright infringement.  The case was settled in 2014 with SAP paying Oracle a sum of $359M.  In that case, filed in the same court, Oracle took the unusual tact of taking SAP all the way to a jury trial.  Accounts of the testimony suggest that SAP executives were put on the stand and embarrassed.  The jury awarded Oracle $1.3B which the judge later ruled to be excessive.  Oracle later accepted the $359M in a settlement deal.

While it does not seem likely that the judge will grant a temporary injunction to prevent the use of SAP HANA due to the impact of clients currently using the code, SAP will need to deal with the immediate fallout of the lawsuit.  Specifically, SAP will need to:

1. Put in place a PR and communications strategy to address three important constituencies:

2. Ready a legal team and allocate internal capacity in preparation for discovery. Given the gut punch delivered by Oracle in 2014, SAP will likely not hold anything back in putting in place a top-tier legal team.  UpperEdge expects SAP to technically challenge the statute of limitations on trade secret claims, which is three years in California.  They will also need to reserve internal capacity in preparation to comply for what will likely be some broad discovery requests made by Teradata.

3. Consider an alternate S/4HANA product roadmap. SAP will need to internally put on the table a roadmap for S/4HANA that allows customers more flexibility going forward with the data warehousing and database products.  It is much more likely that customers will feel emboldened by the Teradata lawsuit to press for this flexibility.

UpperEdge considers this lawsuit to be a positive for SAP’s current and future customer base.  The suit supports our views that customer choice promotes industry innovation.  We recommend to all SAP current and potential customers to reinforce with SAP that client choice is important, and that SAP needs to compete on the merits of their product and not on tactics designed to freeze other competitors out.